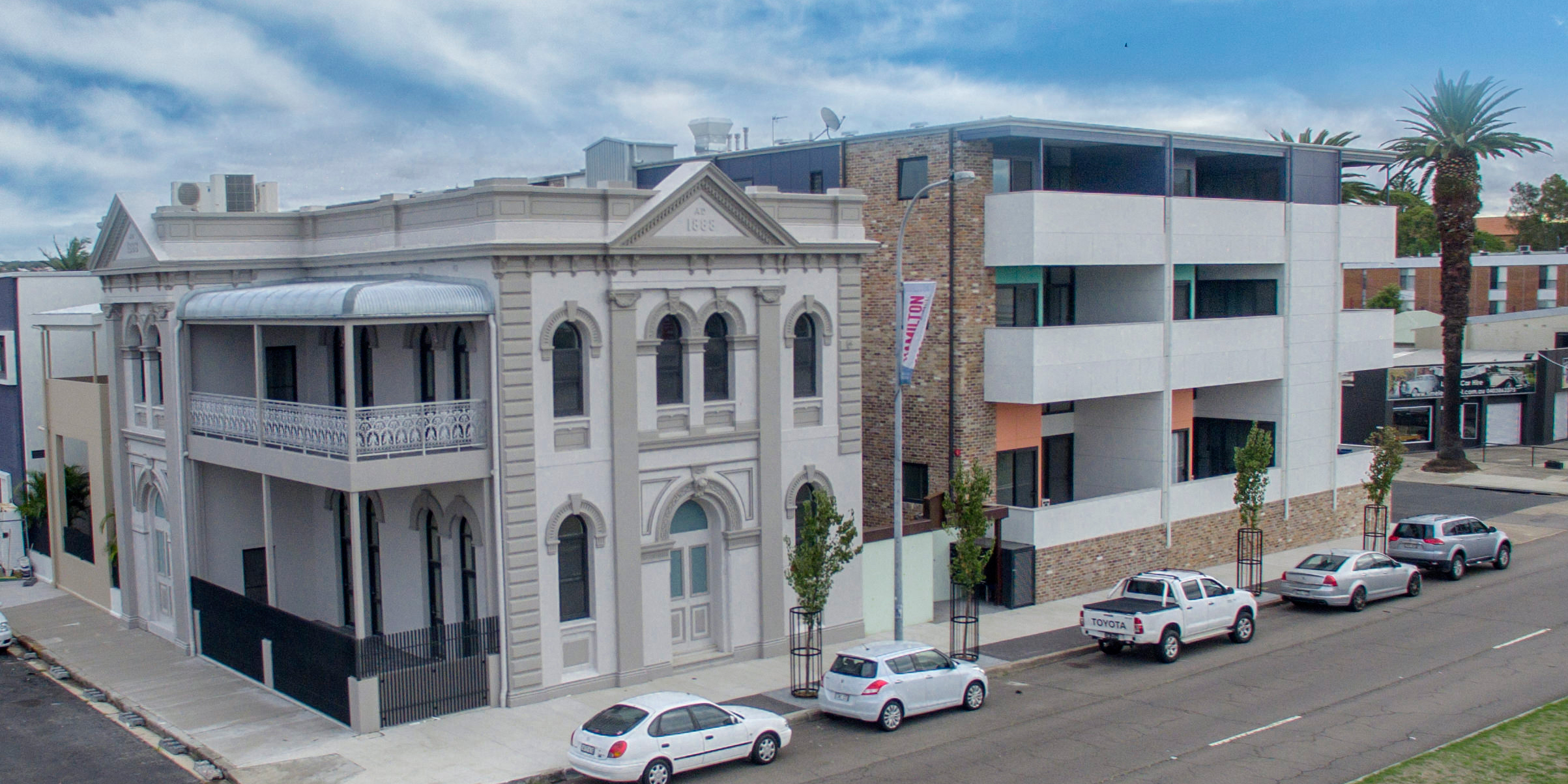 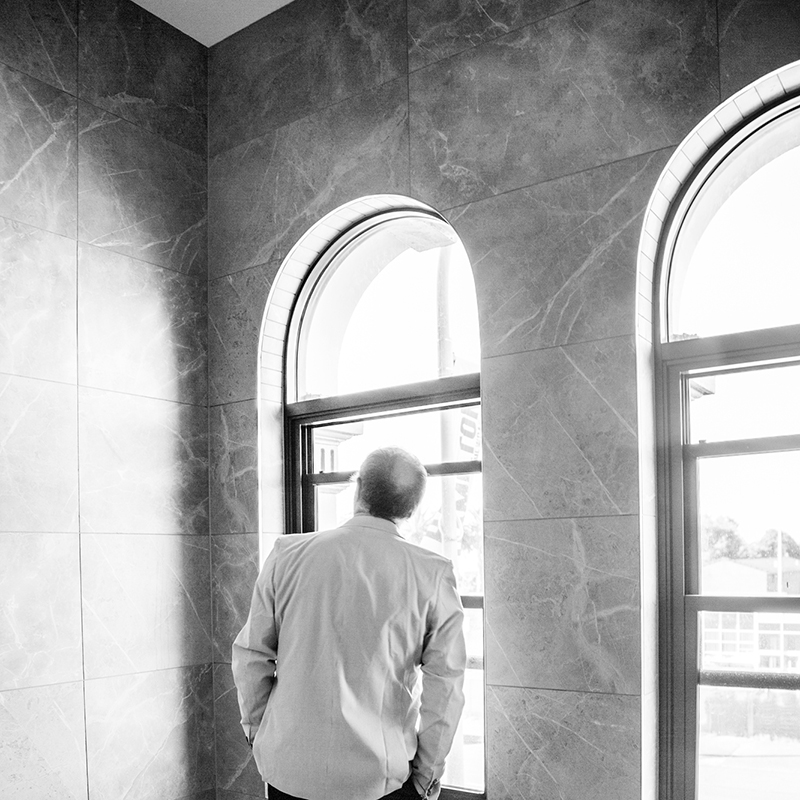 Atrium Heritage is a home like no other, incorporating historic Anzac House and the beauty of a bygone era with modern high end finishes and exquisite detail.

The final apartment in Anzac House has now been released. If you’re searching for elegant cosmopolitan living, look no further, you’ve found your new home.

This property has been thoughtfully restored within the former Hamilton Mechanics Institute, which later became Anzac House. The architecture is holistic and considered, with a focus on lifestyle, entertaining and those special spaces that every home should be afforded. Think about a home with the convenience of an address in Newcastle’s most cosmopolitan neighbourhood – where the buzz of Beaumont Street with its vibrant bars, restaurants and colourful shopping is just a short stroll away.

And the best part…. there is no need to use your imagination, decipher plans and wait for construction, this property is available to walk through and experience now. Truly unique properties never last long on the market. Speak to the team at First National Newcastle City to arrange a time to come and experience your new home. 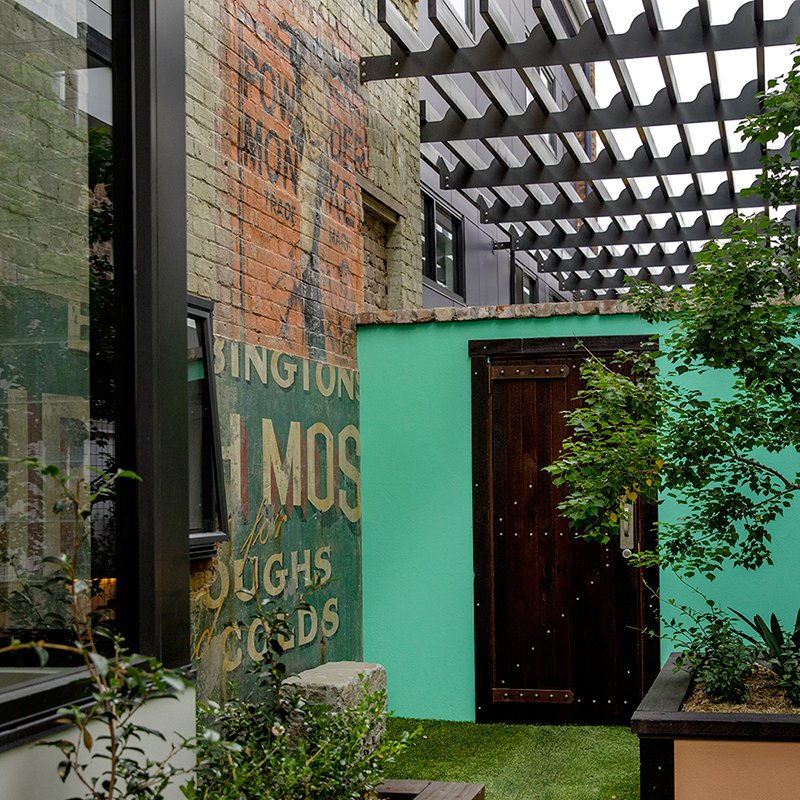 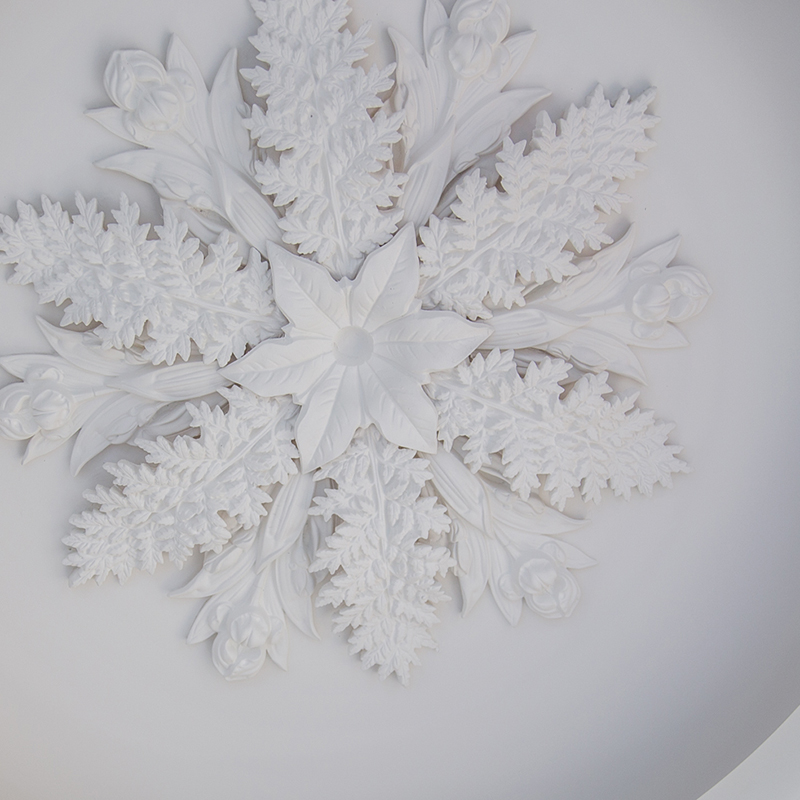 Located securely on the first floor of the highly sought after Anzac House Apartments and part of the Atrium Heritage development, the elegant 2-bedroom apartment has the luxury feel and inclusions of a hotel suite.

Accessed via the exclusive Sky Bridge over the communal Atrium space, the home is designed by renowned Snell Architects and features adaptable living areas, with screened Louvered windows providing cross-flow ventilation, and the large bay window provides the perfect space for a reading nook, study or living area that overlooks the atrium space.

The expansive chef’s kitchen is central to the whole apartment. With under-bench LED lighting and a striking Herringbone patterned splashback, the kitchen features a Franke double bowled sink, 900mm Smeg induction cook top and oven, and additional island bench, perfect for a casual meal.
Flowing from the kitchen and living area is the large, covered alfresco balcony, that has been finished with reclaimed bricks from the heritage building – a perfect entertain friends and family whilst taking in Hamilton’s urban vista.
The spacious master suite features a walk-through wardrobe and separated ensuite with stunning freestanding bath, which has been designed with light, space and privacy in mind. The whole apartment has an ultra-modern finish throughout with elegant Matt-black tapware, basins and door hardware features throughout.

The Atrium apartments have become a community hub, with friendly residents making the most of the open air Atrium space, whilst enjoying all the conveniences that Hamilton has to offer. Beaumont Street is literally on your doorstep, close to our city’s best cafes and restaurants, sought after schools, and easy access to world famous beaches, Newcastle CBD and the harbour foreshore just minutes away.

Even if you don’t think you are looking to move into an apartment just yet, do yourself a favour and come and take a look at this one. There will be no other apartments coming to the market like this again in Hamilton. 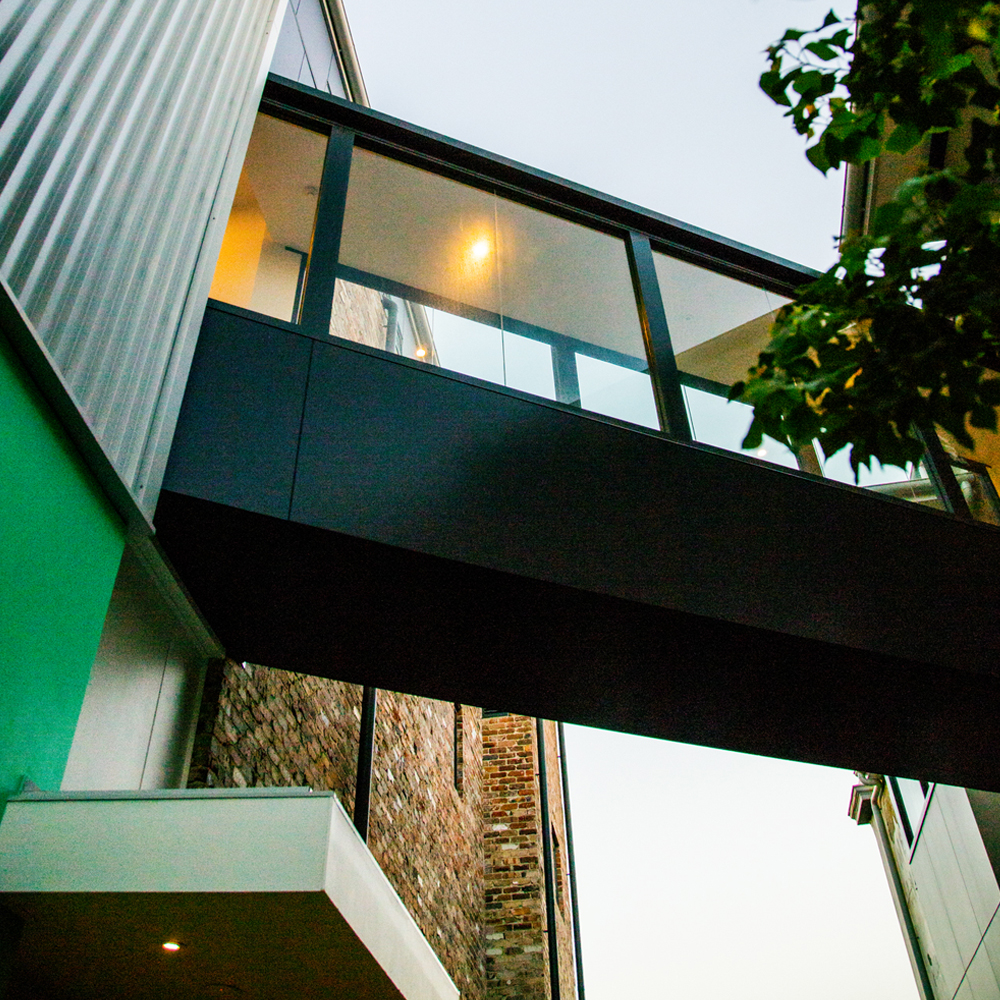 Cosmopolitan Hamilton is renowned for its vibrant atmosphere and fantastic buzz

With Beaumont Street just a two-minute walk from your front door, Atrium is the perfect base from which to take in all its pleasures and enjoy your new lifestyle to the full.

The vibrant, multicultural main street is home to a huge array of restaurants, bars and entertainment, as well as an array of fashion and day-to-day retail outlets – like supermarkets, ‘mama and papa’ delis and coffee shops, banks, florists and other services, like train and bus stations just a few minutes’ walk away.

What’s more, Newcastle CBD is just two minutes away, where a major NSW government renewal has fast-tracked the CBD revival by cutting the rail line and opening the city to the foreshore and creating a vibrant residential, retail and entertainment hub. As part of that, the East End has been bolstered as a retail, entertainment, leisure and residential precinct, while the nearby Civic will be strengthened as an educational and cultural hub with the opening of an inner-city University of Newcastle campus, and the West End emerging as the city’s commercial hub. 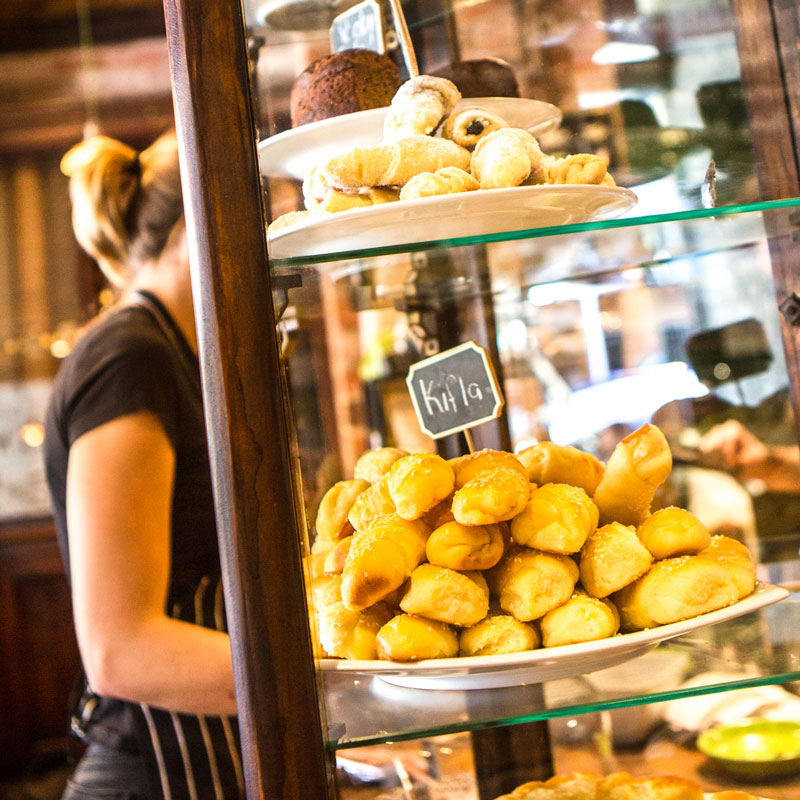 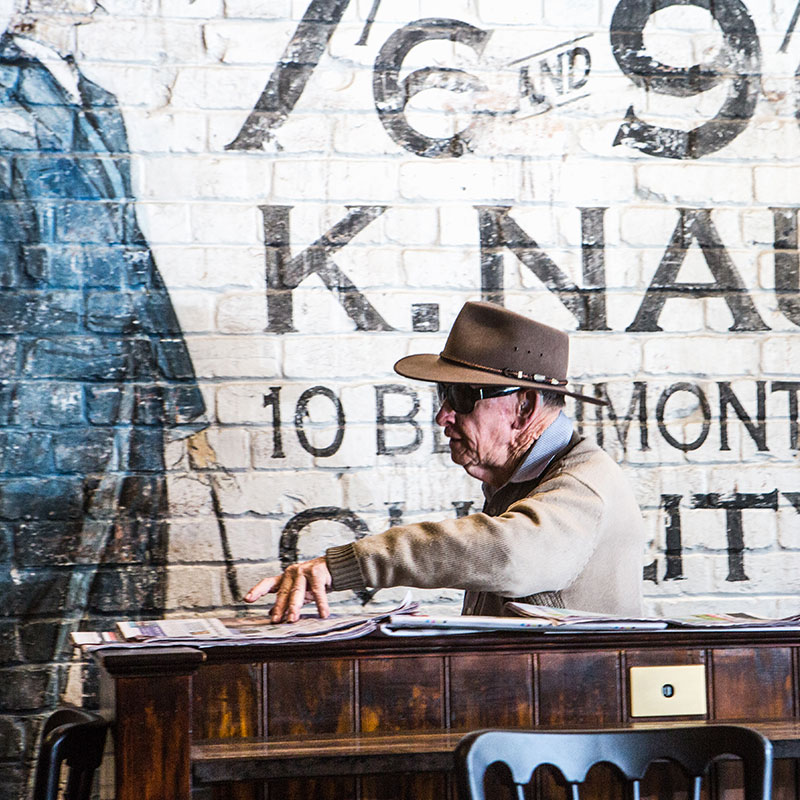 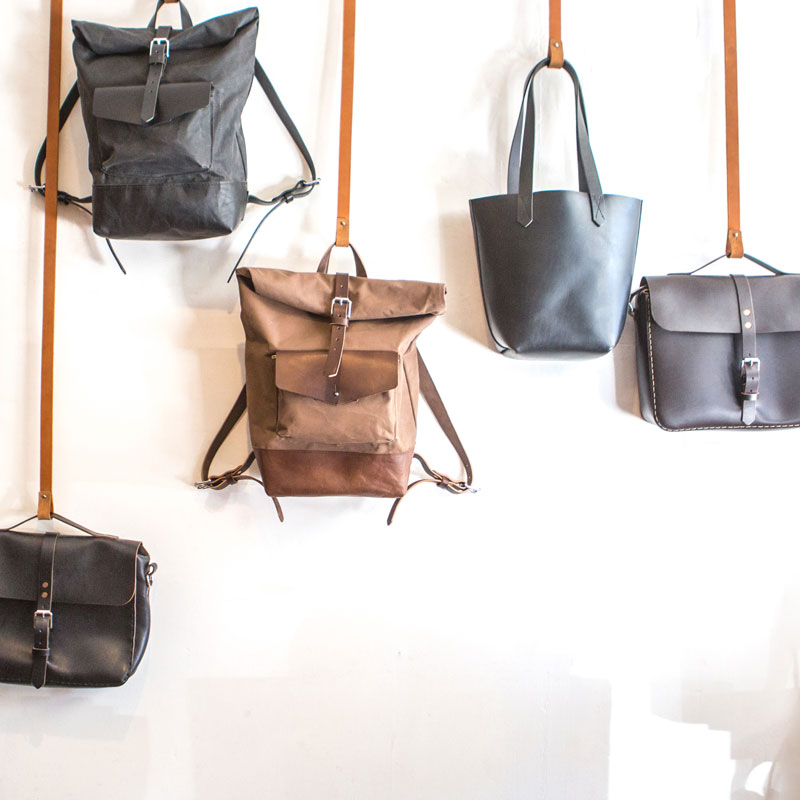 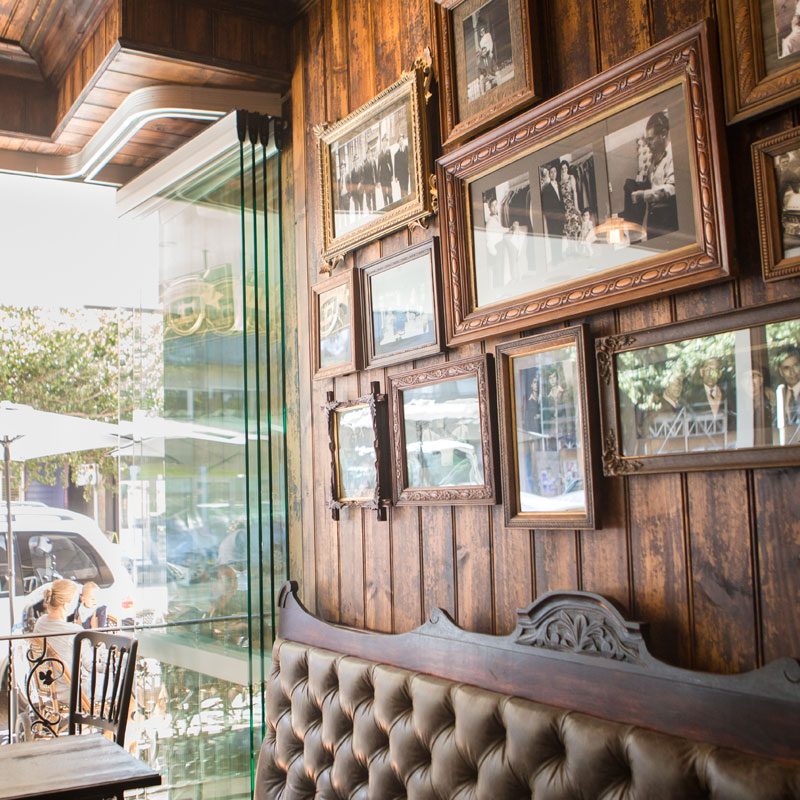 Menken’s Award-winning architect Kevin Snell is one of Australia’s most well-respected and renowned talents.

For more than 30 years, Kevin has been leading the field with his modern designs and architectural solutions. In partnership with his son Joe, Snell Architects has won numerous awards for their contribution to Architecture and the Built Environment – testament to the experience, design innovation and inspiration the firm brings to every project.

The importance of vitality, activity and vibrancy within a building has always been central to Kevin’s ethos; a way of looking at architecture incorporating the shifting social sands of contemporary community life into residential buildings.

“People will always like to have private spaces in their homes,” Kevin says. “But the days of being together in communal spaces and chatting over the back fence are coming back.”

“When I designed Atrium, I felt it was important it was more than just a building where people lived. I felt it had to be almost a neighbourhood of its own, grounded by the uniqueness of the soaring atrium, which gives residents an inviting and safe active home space to enjoy on their own or together with friends, neighbours and family.” 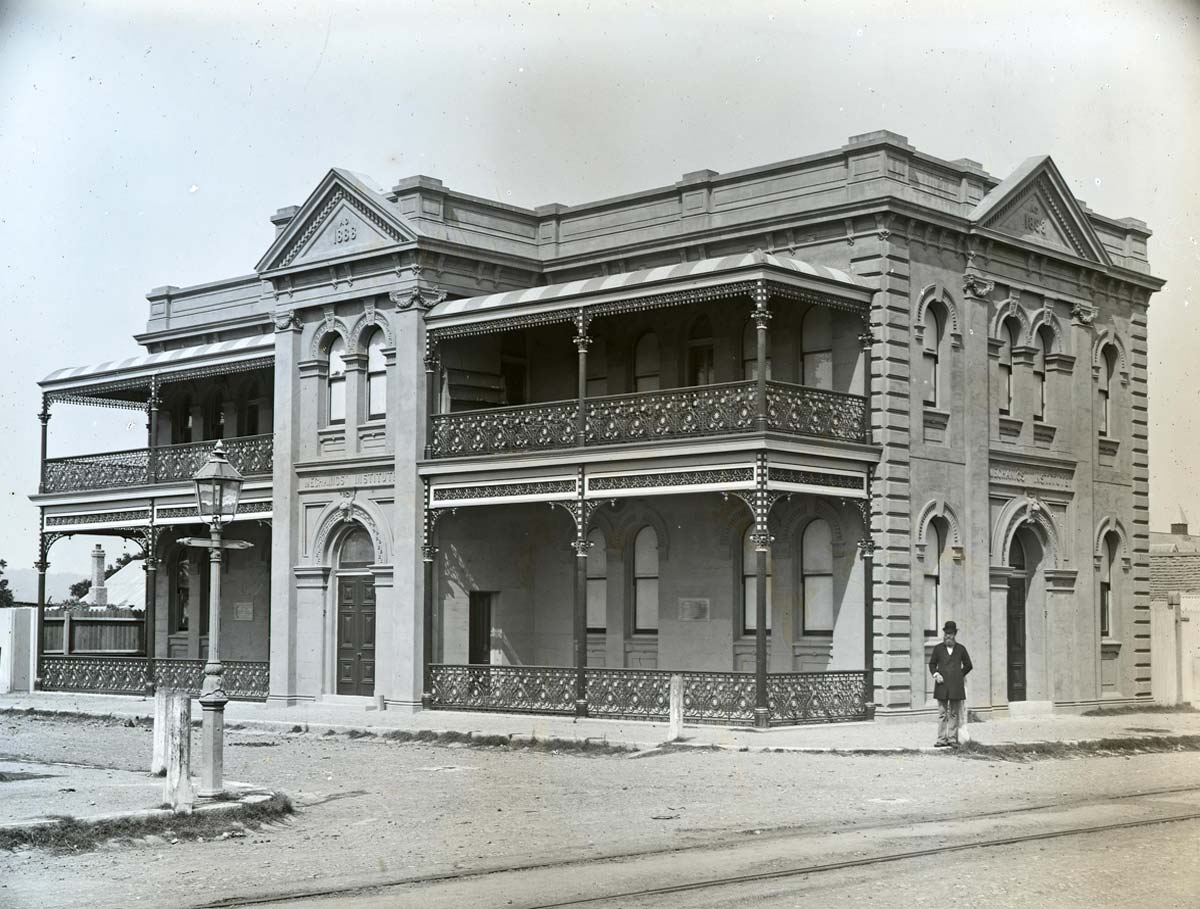 More than a century after his death, German-born Frederick Menkens (1855-1910) is still present almost everywhere you look in Newcastle, through his renowned architecture, leaving his legacy standing tall in many distinct 19th Century buildings throughout our beautiful city. It has been said that, more than any other man, he has shaped Newcastle through his various landmarks.

Hunter architectural historian Les Reedman wrote that if Menkens was unhappy with a building’s new brickwork, he would fling off his top hat and coat, grab a trowel from the bewildered bricklayer and do the job himself.

Menkens once went to jail on a point of principle. In June 1895 Menkens was sued in the Supreme Court for slander and £1000 damages by H. Kingsbury, an electrical contractor, whom he had accused of installing a lightning conductor made of cheaper metal than specified and of trying to deceive his client. Kingsbury was awarded 40 Shillings as damages and £126 in costs but Menkens refused to pay and was imprisoned for debt. At first in the Maitland lock-up, he was visited by his friends, who also supplied him with comfortable furniture, his drawing equipment and commissions until he was moved to Darlinghurst Gaol. Menkens continued designing buildings while inside and there was a big party to celebrate when he was released.

Always strongly professional he was sometimes feared by local builders, but he combined a thorough understanding of architecture with a practical knowledge of the building trades.

In recognition of Newcastle’s once most prolific architect, the Lower Hunter Civic Design Awards include two residential development categories known as the Menkens Awards to honour his work.

Designed by Newcastle architect, Fredrick Menkens, the Mechanics’ Institute was described in its day as the handsomest building of its kind in the district. Upstairs was a reading room with daily newspapers, a library, a meeting room and a billiards room. Downstairs was a large hall to seat 400 people, with a stage.

Mechanics’ Institutes were set up to provide working men with access to technical education. In a time when education was seen as a privilege and only available to the elite few, these establishments provided a combination of talks, courses, lectures and books to these men. Since books and library subscriptions were beyond the financial means of workers, the Institutes filled this gap, expanding from technical subjects to the humanities, especially literature. Even debating was encouraged.

The first modest weatherboard building experienced a troubled twenty plus years, financially and in terms of its role, from 1862 until 1888. Then, as a result of strong advocacy from some community leaders, a fine new building was commissioned on the same site. It was opened by the NSW Premier, Sir Henry Parkes in August, 1888.

By the early 1920s, membership of the Institute was a healthy 800, and its educational role was changing to a recreational one as it became more like a community club. Income was raised through dances, musicals, motion pictures, hire of billiard tables — until the growth of a range of other social clubs usurped this role, too.

For a time, The Mechanics’ Institute had served as a focus for many of Hamilton’s most important educational, social and political activities.

In the 1940s the Hamilton RSL Sub Branch purchased the premises, which became Anzac House and later the RSL Club was built next door. 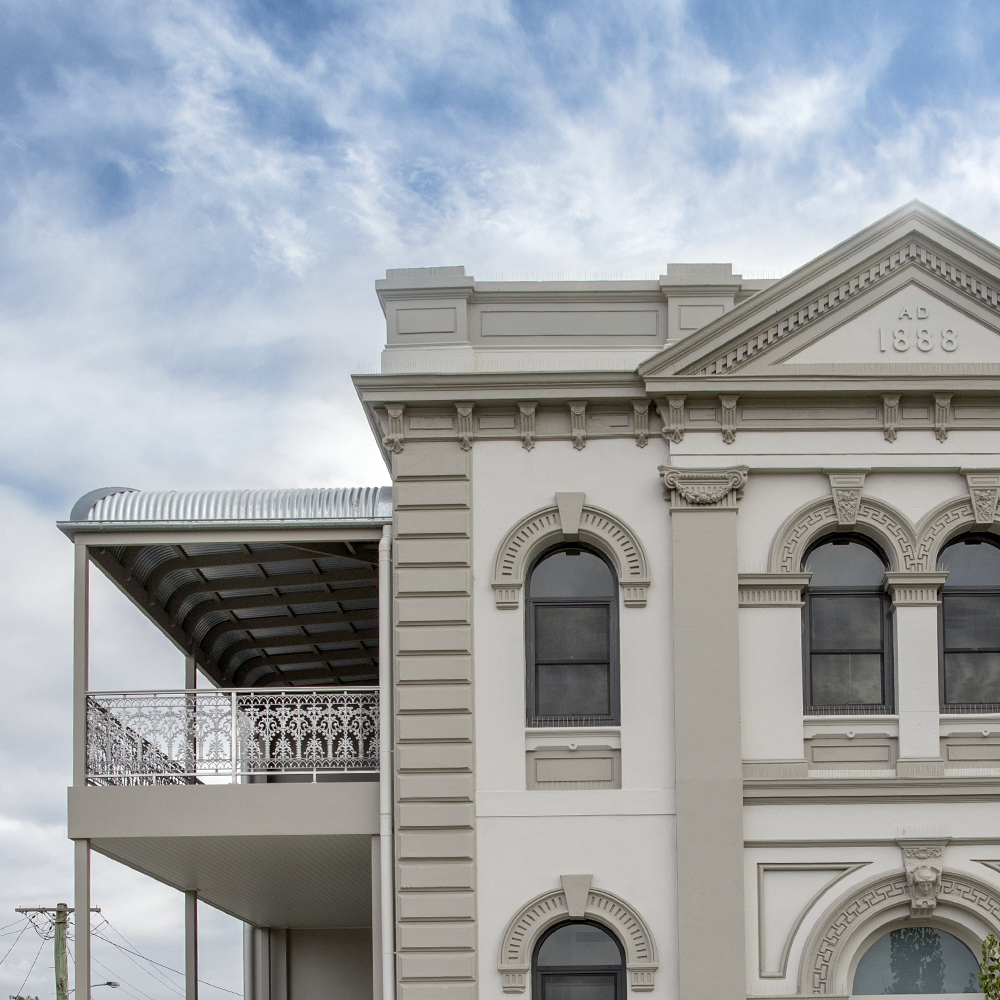